Large cities all face common challenges: mitigating air, ground, and water pollution; wrangling power distribution; keeping an eye on their infrastructures and keeping them running. There is also a myriad of other problems: undercutting crime, making the environment safe for citizens, and minimizing the city’s liability and the load on police, fire, medical, and maintenance personnel.

However, each metropolis is unique in how these problems manifest. Take Beijing. Over 528 square miles packed with well over 18 million people. No easy place to keep up having been organically grown for 3000 years to a global-class metropolis – 3rd most populous on the planet. With Beijing’s unique culture comes unique needs and that’s were our most recent challenge comes in – and it starts quite literally on the ground floor. 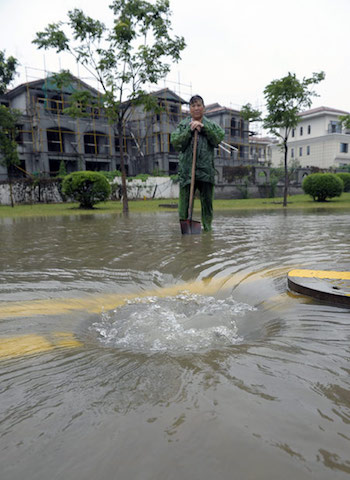 The wet season bring driving rain in the streets of Beijing, giving partial reprieve from the atmospheric pollution that China urbanite have come to endure. With that relief comes a price and what was airborne now floods the streets turning regions of the city into a mini-Venice. Well almost. The helpful citizens throughout these regions take it upon themselves to do something about this – and open the drains. Manholes – they’re heavy. But that doesn’t stop the rugged Beijing denizen. Unfortunately, this sometimes does little to help, the subterranean space filling, and then disappearing, below a sheet of water. It’s here the mayhem starts. First the cars - bravely skimming along until a wheel drops into the hole and causes a major accident. Pedestrians, trudging their way across streets have also fallen into the puddle-like openings; in some cases, this has cost life – and that is where IoT solutions aren’t just nice - they become necessary. 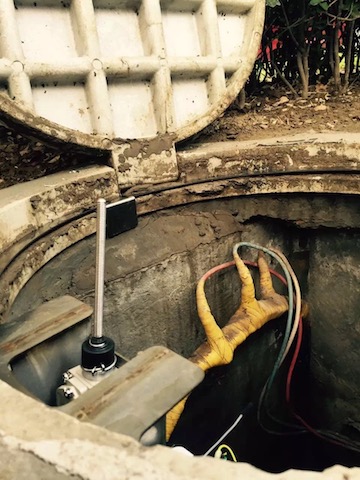 There’s no way for city personnel to check every manhole in a city this size. But, they can install a sensor on each one once and wait for an alert when – not if – a cover is opened. Then it’s just a matter of relaying that information to the closest worker. All that is needed is a robust sensor and a reliable network to communicate across. That is where SENSORO Inc believes they can help. In fact, they already are. Last month, SENSORO, with the approval of Beijing city government and the cooperation of locally operating telecom companies, deployed a large network of long-range, low-power sensors (over 350) with motion detectors that watch for opening covers. These sensors relay their reports to one of four SENSORO base stations, which are each capable of handling up to 1000 sensors within a 2-mile radius of skyscraper-studded terrain. The high ratio of base station to sensor is to allow for future expansion of the IoT system, but we’ll talk about that more later.

The challenges in using below grade sensors are two – it has to be tough and it needs to talk through concrete and steel. SENSORO ruggedized the housing and adapted the antenna to direct its power out from, not into, the manhole. This ensured a reliable signal that could be detected at the base stations, four of which were mounted high on Nokia telecommunication towers throughout Beijing.

Getting approval to setup and wireless sensor network in Beijing is not an easy task. It requires clearance from government officials - and that can be tedious to obtain. There is also added complexity of working with multiple telecommunications providers. The city government, and the telecom companies, saw the value that SENSORO’s technology contributes to city management and life safety and green-lighted the project which is to be fully deployed next Spring (2017) in Beijing, Guizhou, and Zhengzhou. SENSORO’s technology is also expected to monitor flood levels and track pets as well as people. This would bring enhanced safety to children and some seniors who may require continual care due to health issues. Future expansion will also bring remote street light management and another critical application in developing Chinese cities – environmental monitoring.